Hello devs in this tutorial i am going to discuss about simple react modal example. We can use react bootstrap modal but in this example i will use react modal package to create react simple modal.

The primary documentation for react-modal is the reference book, which describes the API and gives examples of its usage.

Here is a simple example of react-modal being used in an app with some custom styles and focusable input elements within the modal content:

If you run this then you will see the below output. 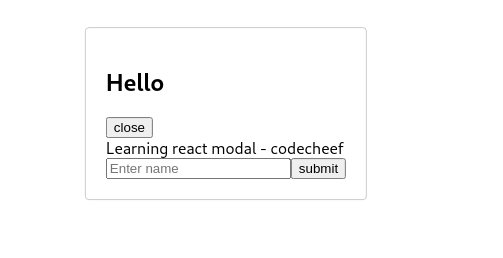 Hope it can help you.