How to Install Redis on Debian 10 Linux

You know that Redis is an open source in memory key-value data store. It is used as a database, cache, and, message broker and supports various data structures such as Strings, Hashes, Lists, Sets, and more. Redis provides us high availability via Redis Sentinel, and automatic partitioning across multiple Redis nodes with Redis Cluster.

Redis version 5.0.x is included in the default Debian 10 repositories. To install it run the following commands in your terminal

The Redis service will start automatically when the installation is finised. You may verify it by typing:

And you will see the below output 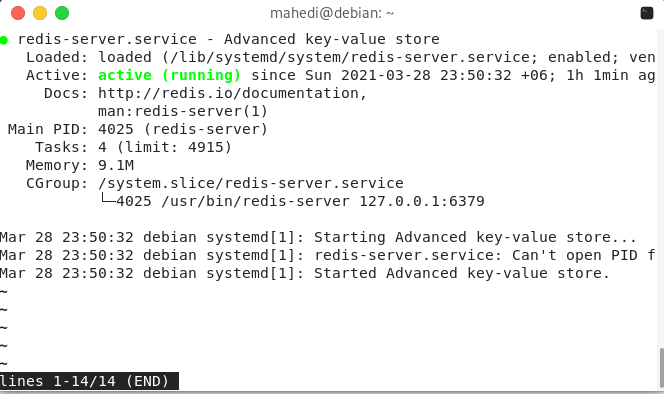 In this section we will see the configuration of redis in debian 10 buster. The Redis configuration file is located in /etc/redis/redis.conf.  If we want to tune our Redis setup on Debian 10, we have to make some changes by the following command.

For network clients to connect to our Redis server, it needs the service to listen on a network IP Address.

Open the file /etc/redis/redis.conf with your editor. My editor is nano.

Allowing listen on all interfaces, use:

Now restart redis service after making the change by the following command:

If you want to see that redis server is installed or not, open terminal and type below command to check. You will see the below output.

Hope it can help you.