Hello devs in this tutorial i will discuss about how to ssh into a server using terminal. You know that SSH is an amazing way to make secure connections to servers.
It stands for Secure Shell and it's a network protocol between two computers

SSH gives us a secure connection between two network protocol. In today's article, I am going to show you how to set up an SSH connection to a server..

We could do it with a password we set on the server, however in this case i don't want to do that.

Before we can do anything we need an SSH key to connect to the server. So we have to generate it. So let's open up the terminal and run the following command to generate  a new SSH key.

This will prompt the following options. See the below image and try it 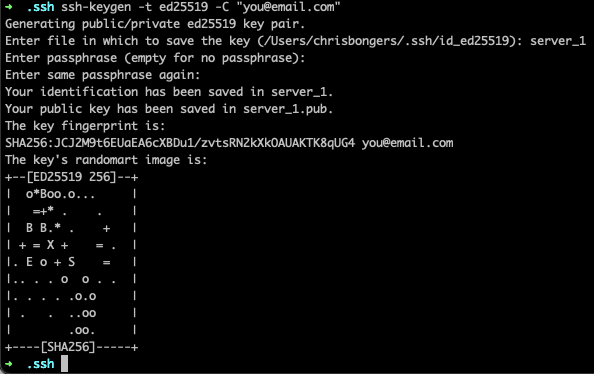 Ok, Now we should have the public and private keys.

Our server should have a ~/.ssh/ directory, if not you have to make it. Inside we should have or add the file: authorized_keys.

No do the below step

Where server_1 is the name you gave your key. It will copy a string like that to your keyboard.

Connecting to the server with the SSH key

We have to add our new key with the following command

Now time to test out our SSH key.

Change the user and IP according to your server. Hope it can help you.